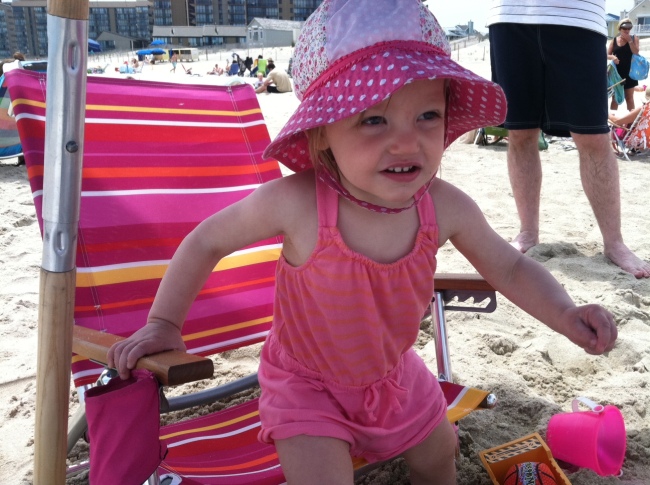 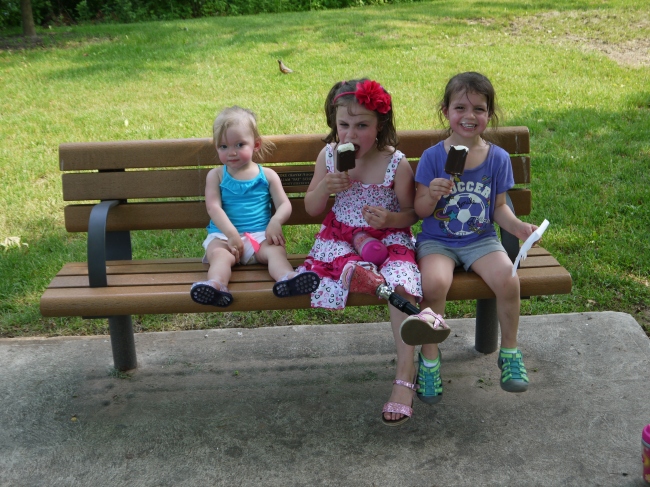 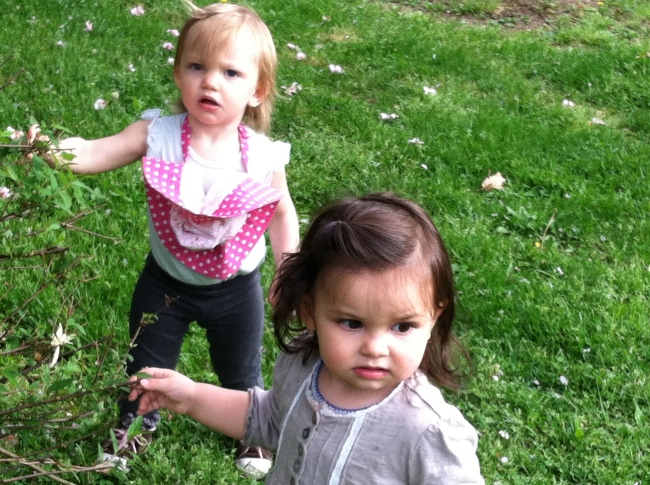 Nora surprises and entertains me everyday

Nora looked so sweet and hopeful when she picked up a cicada this morning by its crunchy wing, its beady red eyes staring back at her, and she said, “butterfly!”

She loves books that I wouldn’t expect her to be into, like this Scottish book called Hamish the Hairy Haggis, which has lots of words and is about mythical strange-looking creatures. She also really loves a book about dinosaurs that’s really meant for kids older than her.

We were talking about how much she’s talking these days, and I said, “She’s getting so vocal,” and Nora said, “vocal!” or something that sounded like the word, to prove our point.

She likes to pretend to sneeze with a fake cough or an “Ageww!”

She tried to stand on a mini toy slide the other day and said “weeee!” She also tries to sit in teeny doll house chairs.

I think any type of carby food is called “Ba!” She’s always yelling “ba!” at me from the backseat of the car, her stroller, her high chair.

Sometimes, when she wakes up in the morning, she likes to run through a list of the names of people she knows.

You’d think she was motorized. When you put her down on the ground, she just goes and doesn’t always look back.

In our music together class, rather than joining in the organized activity, she’s very interested in gathering other people’s belongings and handing them to me. “Keys!”

When you say, “Where’s Nora?” she lifts her shirt and points to her stomach. “Ummy!” Maybe we poke her tummy and say, “Nora.” She must think this is me. This is the core of me.

She thinks other people’s tummies are hilarious.

She says “awn mo” for lawn mower whenever she hears an engine.

She’s so good at spotting animals. She’ll yell “doggie, doggie!” from her stroller, and I’ll be like, “No, I don’t think there’s a doggie,” and then, a little black dog will emerge from a bush.

She’s got most of the body parts down, except for the ones who are behind her or hard to reach. She looks very serious when she pats her chest and says, “Elbow.”

On the beach, she wanders up to people who are sleeping or reading and yells, “Hi!” One hi in response is not satisfactory.

She was, at first a little frightened of the sand on her feet, but she got used to it.

She gives awesome hugs, resting her head on your shoulder and patting your back. She gives good kisses too though they might be open-mouthed and wet.